In this post, I want to help you choose between an HDD and an SSD. We’ll see the difference in the way these storage devices work, advantages and disadvantages, specifications to be considered in operation, how to select the right option for you, and some maintenance tips for SSDs. 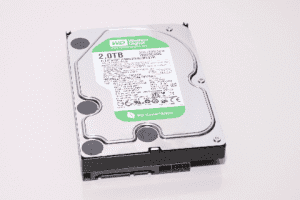 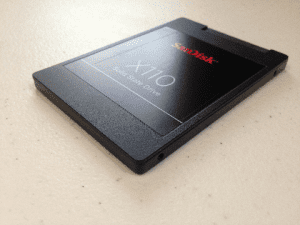 Main advantages and disadvantages of HDDs and SSDs

Both HDDs and SSDs are non-volatile storage types, meaning that stored data is retained even when powered off. That is their common feature. The difference between a hard disk drive and a solid-state drive is that HDDs use a paired magnetic head that reads and writes data while the platter spins and SSDs use interconnected flash memory.

There are three main attributes that can be used to compare HDDs and SSDs:

An HDD has advantages over an SSD: total storage capacity and cost-efficiency.

SSD’s main feature is speed. An SSD is 25 to 100 times faster than a typical HDD. SSDs are fragmentation-free, while HDDs are prone to fragmentation. An SSD is more expensive than an HDD in terms of dollars per GB. This is one of the primary disadvantages of a solid-state drive.

Other specifications to be considered when comparing HDDs and SSDs

For an HDD  more is required to rotate the metallic platter and move that magnetic head. SSDs operate at lower temperatures than HDDs. This reduces system power and cooling requirements and helps to prevent premature component failure.

Because operation relies on moving parts, HDDs vibrate and produce noise. Since there are no moving parts in SSDs, there’s no sound or vibration

SSDs have a shorter lifespan than HDDs. The flash memory of an SSD can only be used for a finite number of writes. An SSD cannot write a single bit of data without first erasing and then rewriting very large blocks of data at one time. As each cell goes through this cycle, it degrades further.

HDDs are prone to integrity failure or data loss. The disk surface can be damaged because magnetic heads can crash into the spinning platter.

An SSD is safe from any effects of magnets, while on HDDs magnets can corrupt data.

So which is the better option, an HDD or SSD?

There’s no straightforward answer to this question; you have to evaluate the decision based on what you’ll use the PC for, and the budget you have.

There is also the option of using one of each on a PC. You can use SSD to host the operating system and programs, which will speed up booting and application launching. You can use the HDD for the storage of other files and data where speed is less important.

Don’t forget that whether you’ve chosen an HDD, an SSD, or both you need to back up your data regularly. I recommend having a local backup and a cloud one.  You can read more here.

HDD or SSD and PC advertisements
In a typical PC advertisement, the price and manufacturer’s name are listed at the top, followed by the processor’s name, and the DRAM and HDD sizes are given in gigabytes or terabytes, below. Thus, the larger capacity of a hard disk is used as a sales argument.  SSD is more expensive than an HDD in terms of dollars per GB. In this case, if you choose the HDD the purchasing decision has more to do with storage capacity than performance.

This is the key to maximizing an SSD lifespan. The latest operating systems have SSD-friendly settings that help reduce unnecessary writes.

Never use more than 70% of an SSD’s total capacity.

While SSDs are way faster than HDDs, they dramatically slow down performance as you fill them up. When you’re getting close to the 70% threshold, you should consider upgrading your computer’s SSD with a larger one.

TABLE OF CONTENTS show
Main advantages and disadvantages of HDDs and SSDs
Other specifications to be considered when comparing HDDs and SSDs
Power draw and heat
Noise and vibration
Lifespan
Reliability
Magnetic sensitivity
So which is the better option, an HDD or SSD?
Essential tips for SSDs maintenance
Reduce writes to SSDs
Never use more than 70% of an SSD’s total capacity.
Home » Computer parts » HDD or SSD in PCs